Prev
See All News
Next

CMS Update on Mass Adjustment -- Hurry up and wait!
Posted: June 21, 2017 in Uncategorized

The several dormant winter months after CMS released its instruction regarding CR9968 Mass Adjustment stemming from the CURES Act were quite a contrast to barrage of information that started flowing from the MAC Contractors in May. Only a week after CMS released the retro-active fee schedule for Rural CBA and Non-Bid Areas July-Dec 2016, the community received definition from the MAC Contractors about how claims would be processed. Even more surprising was the announcement that this repayment would start within the same month. However, as Providers digested the information it became clear that this gift of repayment was going to come at a substantial cost to the Provider community, when MAC Contractors stressed that these little presents would come with no special packaging. With a Cheshire grin the MAC Contractors explained that Mass Adjustment claims will have no unique identifier, and therefore Providers would have nothing to reference when contacting call centers (so don’t even try it!). Providers and Software Developers soon started to realize that no unique identifier meant no way to put any special auto-posting logic in place, no way to call out these trojan payments as they mix into regular payments and begin gumming up the works. The silver lining of Competitive Bid is that our Community has learned how to push back in a more effective way. DME/HME Providers, Associations, and Advisors demanded that the MAC Contractors establish a unique identifier for these repayments, and N689 was born! We’ve seen CGS and Noridian share that RARC code N689 will be present in the 2100.MOA segment of the ANSI835 Professional claim file. After a failed attempt processing these claims in May, we are on standby waiting for MAC Contractors to “resolve a problem” that caused overpayment in the first small batch. Stay tuned…. By, Lisa Anderson, Universal Software Education & Outreach Director. [caption id="attachment_3787" align="alignnone" width="225"] 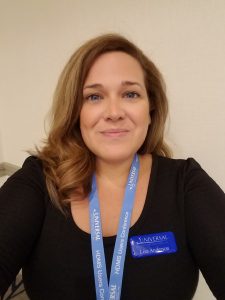 Universal Software Solutions is proud to increase its ongoing investment into the Home Infusion and Specialty Infusion markets.  We are pleased to announce the creation of a new role of Vice President of Pharmacy Applications and the subsequent...
Read More...

Hey Guys! For those of you that use BCBSM EDI to submit claims to as one of your clearinghouses or EDI Hosts, you may have seen alerts from them that their FTP protocols are changing.  This message is to inform you that WE ARE ON IT!...
Read More...

"Patients will behave in the way a Provider has trained them to behave."    In the penultimate workshop of the Improving Patient Collections series with The Allegiance Group, COO & Presenter Anne Orrick made a statement...
Read More...
Contact Us
(810) 653-5000